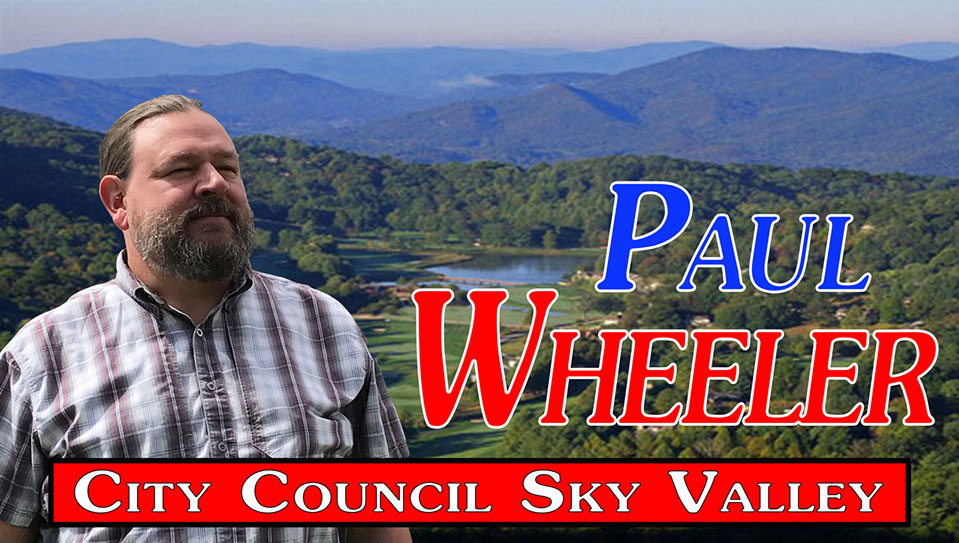 The newly proposed tree ordinance was on the agenda for consideration by the city council at the February 27, 2018 Sky Valley City Council Meeting. I personally attended numerous P&Z meetings with the public over the last two years. In each meeting it was obvious the proposed tree ordinance remained a divisive topic among a large majority of tax payers in Sky Valley.

Prior to the council meeting I ran a survey allowing the public to voice their opinion. (See attached Survey Results) Based on the overwhelming public outcry against implementation of the new tree ordinance, I made a motion the council reject the new tree ordinance, and further moved it not be sent back to the P&Z for further consideration. The motion was seconded by Councilmen Al Pointowski.  The motion passed 4-1.

Properly map out a course for the future of Sky Valley.  One of the many benefits of having a plan in place is being able to target specific demographics for marketing, and for private investments.  Sky Valley is a hidden gem waiting to be discovered by a whole new generation of families.  With the proper planning, Sky Valley will begin to start attracting a younger demographic of the population once again.  The marketing dollars that are currently being spent could then be directed towards targeted marketing, which has proved to be much more efficient and affective.

• Tax payers and citizens must be given more notice to attend public meetings when bids, especially of $25,000.00 and more, (Click Here to view City Purchasing Policy) are being awarded.  It is your right, and one that should be afforded to you.

• As a matter of Public Safety, I believe the police department should be fully funded.  This is a real asset to Sky Valley, and brings a priceless piece of mind to current and potential homeowners.  The Chief of Police needs time to properly document, spend time with other Officers while they are on patrol, and numerous other duties that must be performed to remain in compliance with the governing authorities.

• Watching the current Mayor vote over the past four years has shown a real problem with an existing City Ordinance.  There are five council members in order to avoid these tie votes.  A good example was when the current council was unable to elect their own Council President because the Mayor was voting causing a tie.  Before this Ordinance 13-03 (Click Here to View), the Mayor had a veto power which could be overridden by a 4-1 vote of the Council.  If the Mayor continues to vote we should go to either four or six council members, but in my opinion, it would be far easier to repeal this Ordinance.

I am going to work for you, so let me know what you think.  You may use the form below to contact me.